Onew’s netbook was given to him as a gift from his company. It’s just like his other self. The netbook contains Onew’s diaries and his favorite music. He would regularly use it to communicate with fans. Onew says, “When we go somewhere to perform or to another country, I need to bring this small netbook with me. It contains all of my favorite music and movies. When I have it, I feel really secure, no matter where I am.” When asked, “What will happen if you lose your netbook?”, Onew laughs and says, “Then it would be a huge problem! To replace all of the things in my netbook would take a lot of effort.”

Jonghyun’s most precious item is his MP3 player. Maybe not the MP3 player itself, but the 10,000 songs that are in it. “Juliette” is Jonghyun’s first written song since debut, and he feels as though he was able to practice on becoming a lyricist by listening to all of the songs in his MP3 player. Jonghyun feels that a singer needs to listen to a lot of songs, so he bought the MP3 player with his own money. Jonghyun says, “Even if I don’t bring my cellphone with me, I must have my MP3 player. It’s kind of like my other self. I have foreign artists and Korean artists, from pop songs to hip hop dance songs to ballads.” 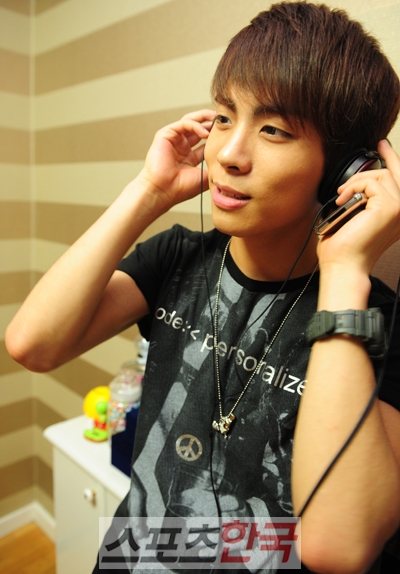 Minho’s most precious item is SHINee’s album. Actually, it can be said that SHINee’s albums are every member’s most precious item. Minho quietly took out SHINee’s new album shyly and said, “I can’t think of anything else to pick besides our album.” But then all of the members interrupted and said, “What? Albums are everyone’s most precious item, so choose your own thing!” But then Minho said, “The period during SHINee’s debut was the happiest time of my life. Even now, my heart would still beat crazily before going on stage. I don’t think that there can be anything more precious than this. Besides the album, I really can’t think of anything else. The quiet and mysterious Minho showed his cute appeal. 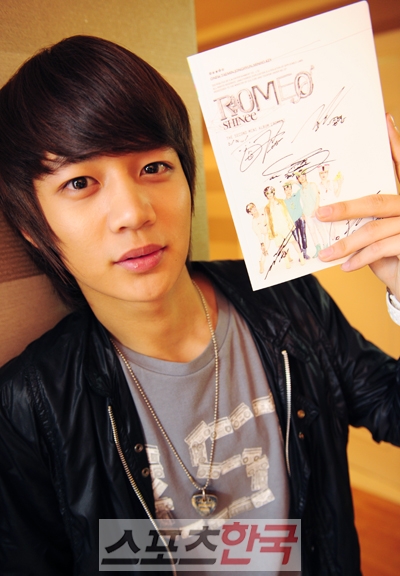 The on-stage Key is full of power and appeal. His performance and rap is also very strong and manly. The off-stage Key however, is more careful and gentle. It can be said that he’s a cute dongseng. Key’s precious item really fits him–a pretty, flowery diary. In the diary, Key records every little thing that has happened since debut, and the schedule part looks just like a manager’s–it’s full of all their activities and schedules. Key says, “By writing diaries, you can calm down and sort out the day’s happenings. ‘Ah, so this day felt like this’, or ‘I need to reflect on this thing’. This diary contains my growing up process.”

Taemin holds two of Michael Jackson’s live CDs in his hands–one that was bought by himself, and the other that was given to him from fans. Taemin is Michael Jackson’s fan and by watching MJ’s performances since he was young, he found his own dream. Taemin says, “MJ is my idol. While practicing, I always have the thought of ‘I want to become a singer that is as great as MJ’ in my mind. Although I have a long way to go, I will work hard until I can one day show myself as a performer that can be comparable to MJ.”

One response to “SHINee’s Most Precious Items”