SHINee for Comeback Stage Next Week 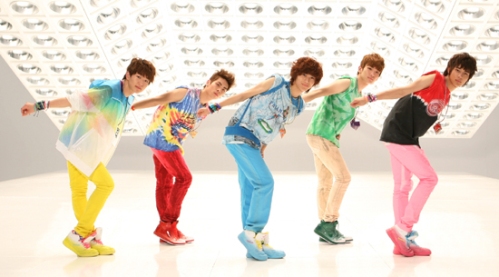 It is known that SHINee member Onew who injured himself just before the boys’ comeback has been to the doctor’s for treatment and is covering well.

SM Entertainment said on the 29th, “Onew has almost fully recovered from his injuries. It is planned for the boys to have their comeback as early as next week.”

Onew had fell from a flight of stairs at the boys’ dormitary on 19th May after their practice and injured his front teeth. The boys were preparing for their comeback with their 2nd minialbum ‘Romeo’. And the album is already doing very well on album sales charts like Hanteo charts since the the album release.

Also, the title song ‘Juliette’ has been receiving much interests from music fans since its reveal even though the boys have not performed the song on broadcast programmes yet.