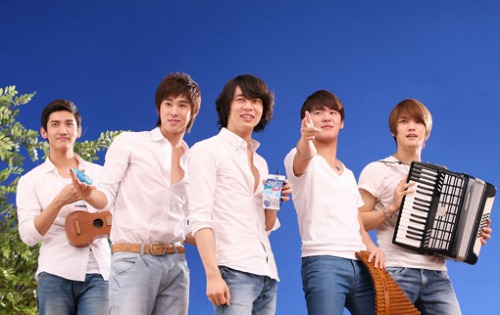 Group TVXQ is model for ice cream CF which catches the summer heat.

Lotte Confectionary spokesperson said, “TVXQ is the best in Asia, they’ve been gaining much popularity as a group, and each TVXQ member has variety of charisma which is appealing, as well as their sweet image which is suitable for Seolreim romantic image. Thus they’re selected as CF model.”

The shooting was taken on April 21st at a studio in NamyangJu, the director wanted to potray an image of a couple showing their love on a roof across the room which caused heart throbbed.