Micky Yoochun’s TimeOut Gelato is now officially open to serve you!  The opening day was originally set last May 2nd but it has been delayed to the 9th. Now fans can visit the shop and possibly catch a glimpse of him! If you get lucky, he might even serve you. 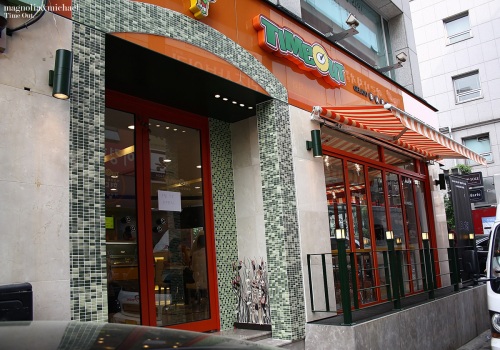 Between performing with DBSK and writing his own songs , it’s truly impressive that he has managed to add being a businessman to his long list of accomplishments. Yoochun’s venture in this kind of business didn’t come as a surprise though because he once revealed in 8 vs 1 that he wanted to open an ice cream shop for his mother. 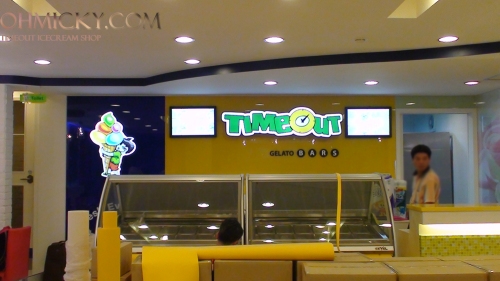 TimeOut Gelato Bars is a franchise that started in Thailand and is quite known for being the country’s No.1 Homemade Ice Cream Parlour. They pride themselves in making ‘Real Ice Cream’ – freshly produced daily on site using the latest machines and only the highest quality ingredients imported all the way from Italy. 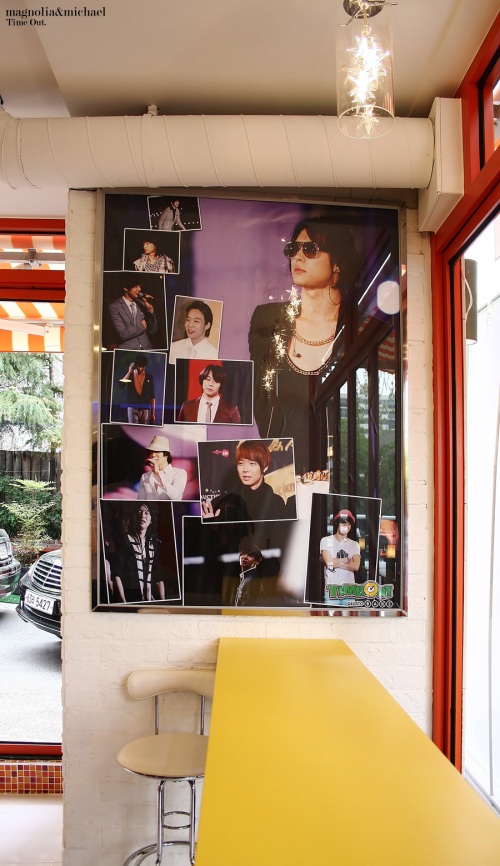 You might not get to see him but every corner’s filled with his pictures. Just imagine him staring at you as you feast on his ice cream. Hmm..that sounded inappropriate. LOL 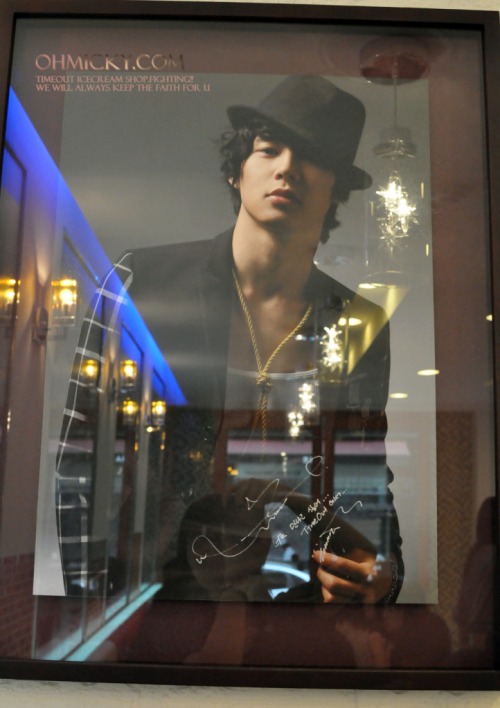 If Yoochun’s HOTNESS doesn’t lure you (highly doubtful!), then maybe the sight of these creamy and luscious ice cream is enough to make you drop by his shop for a taste of finest quality Italian gelato.

Figure conscious? No worries. Accordingly, the fruit flavors are 100% fat free and the milk flavors are 94% fat free. Now that’s what you call healthy!

Planning to work there? Forget it. Yoochun only hired male workers because they’re less likely to create troubles. Can you just imagine the place being managed by fans? Complete chaos.